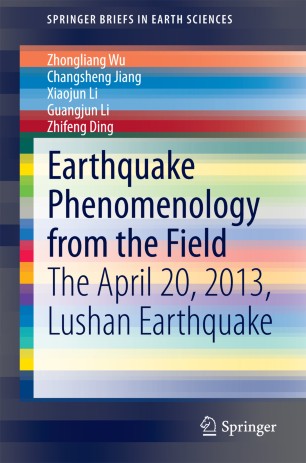 Earthquake Phenomenology from the Field

Based on the field investigation and the summary of the published research results of the April 20, 2013, Lushan, Sichuan, China, MS7.0 earthquake, having occurred along the same fault zone which accommodated the May 12, 2008, Wenchuan MS8.0 earthquake, this Brief tries to describe and discuss the special earthquake phenomenology associated with both the local geology and the changing society. Since the occurrence of this earthquake, there have been the scientific debates on (1) the seismo-tectonics of this earthquake which has no primary seismic fault discovered on the surface of the ground; (2) the relation between this earthquake and the Wenchuan earthquake (i.e., whether it can be considered as one of the aftershocks); and (3) how well have been accomplished in the reduction of earthquake disasters, 5 years after the Wenchuan earthquake. This Brief also tries to introduce the studies and practice of Chinese seismological agencies for the reduction of earthquake disasters. Due to language and cultural barriers, such an introduction makes sense not only for English readers but also for Chinese readers. For example, people (abroad) are always asking why there are so many Chinese seismologists working on earthquake prediction. In fact the Chinese wording 'earthquake prediction' has a much wider coverage than that in English. And actually the Chinese approach to (time-dependent) seismic hazard has no systematic difference from outside world in its methodology.