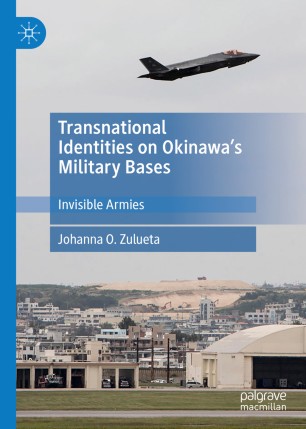 This book considers the role of civilian workers on U.S. bases in Okinawa, Japan and how transnational movements within East Asia during the Occupation period brought foreign workers, mostly from the Philippines, to work on these bases. Decades later, in a seeming “reproduction of base labour”, returnees of both Okinawan and Philippine heritage began occupying jobs on base as United States of Japan (USFJ) employees. The book investigates the role that ethnicity, nationality, and capital play in the lives of these base employees, and at the same time examines how Japanese and Okinawan identity/ies are formed and challenged. It offers a valuable resource for those interested in Japan and Okinawa, U.S. military basing, migration, and mixed ethnicities.

Johanna O. Zulueta is Associate Professor of Sociology at Soka University in Japan. Her main research area is migration in East Asia, examining issues related to ethnicity, gender, home, and aging. She is editor of Thinking Beyond the State: Migration, Integration, and Citizenship in Japan and the Philippines (2018).