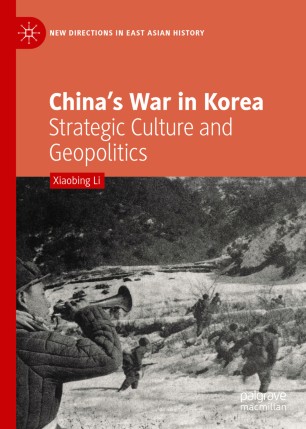 This book re-visits the history of the Korean War of 1950-1953 from a Chinese perspective, examining Chinese strategy and exploring why China sent three million troops to Korea, in Mao’s words, to “defend the homeland and safeguard the country”—giving rise to what became the war’s common name in China. It also looks into the relatively neglected historical factors which have redefined China’s security concerns and strategic culture. Using newly available sources from China and the former Soviet Union, the book considers how interactive the parameters of defense changes were in a foreign war against Western powers, how flexible Chinese strategy was in the context of its intervention, and how expansive its strategic cultural repertoire was at the crucial moment to “defend the country.” Providing a re-examination of China’s military decisions and strategy evolution, this text narrates the story of successive generations of Chinese leaders and provides a key insight into security issues in China and Northeast Asia today.