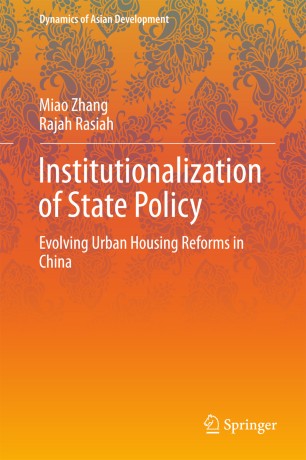 Part of the Dynamics of Asian Development book series (DAD)

Using fresh evidence and a novel methodological framework, this book sheds light on how institutions have driven economic reform in China's urban housing sector. The book systematically analyzes the developmental role of the state in China, with rich empirical evidence to show how decentralization has brought about significant participation by the different levels of government with the central, provincial and municipal governments focusing on initiation, intermediation and implementation roles respectively. Despite many Western analysts claiming that it is single complex superstructure, the institutionalization of governance structures in China following reforms has taken place through strong coordination between governments at different levels to meet targeted plans. Although China still has a long way to go to before it can be considered developed, this book elaborates on how the country offers a unique alternative for other states seeking to develop by striking a balance between capitalist and socialist instruments.