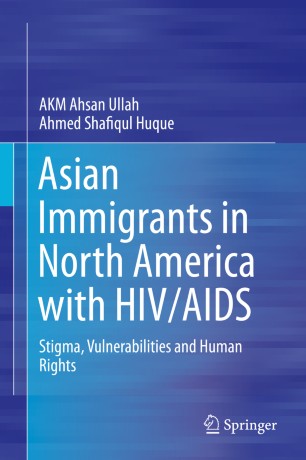 This book explores a number of issues related to the stigma arising from HIV/AIDS infection, perceived or actual discrimination from the community and society, and the extent of vulnerabilities for infected Asian refugees and immigrants. It assesses the health care and treatment regimen for HIV/AIDS accessed by immigrants and refugee claimants in North America, including treatments offered by the health-care system and ethnic communities, and their perceptions and biases relating to HIV/AIDS issues. On another level, the book identifies the ways in which HIV-sufferer immigrants and refugees/refugee claimants from Asia are vulnerable to discrimination due to 1) lack of information about HIV/AIDS incidence in the community; 2) inability of the health system to respond appropriately; and 3) the community’s need for introspection on their own health issues. This book reveals the dynamics that influence choice, behavior, and lifestyle of HIV sufferer immigrants, adds to the existing knowledge about refugees and migrants, and proposes a unified theory of discrimination and stigmatization within the context of human rights. In addition, the book presents a number of policy recommendations based on empirical findings with a view to helping reshape polices regarding refugee HIV sufferers and their social ramifications. This book will be of interest to researchers and students in any field from social sciences, health and psychology, as well as practitioners in the field of development and public policy. The book will be beneficial to policy formulators and implementers engaged in addressing the serious threat emanating from the HIV/AIDS pandemic.