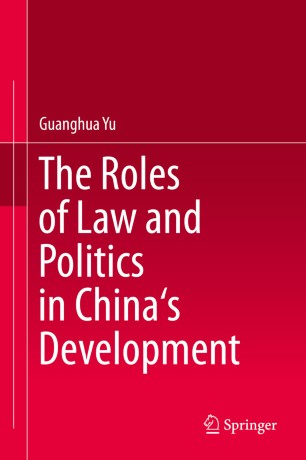 The Roles of Law and Politics in China's Development

Chapters explore the relationship between democracy and mechanisms of property rights protection, financial market, rule of law, and human capital accumulation. The author goes on to examine the persistence of authoritarianism, democracy and economic development and the concept of deliberative democracy. This book concludes with a look at future options for China, from political, economic and rule of law perspectives.

The book considers China’s current political regime and analyzes the likely political and constitutional law reforms that are not only conducive to China’s economic development but also beneficial to the enhancement of freedom.

Some knowledge of the Chinese legal system, economy, and political institutions is assumed, making this book valuable to those requiring a deeper understanding of the subject.

The book will appeal to legal scholars and lawyers requiring an understanding of the impact of the Chinese legal system on China’s economic and political development and to scholars and students in political science and economics with an interest in China’s institutional change. Policy makers and administrators with an interest in policy and law making in China will also find this book valuable.

Dr. Guanghua Yu is Professor of Law, teaching at the Faculty of Law of the University of Hong Kong. His specialized areas of teaching and research include Corporate Law, Contract Law, Constitutional Law, and Public Policy. Over the last 20 years, he has had a prolific academic career, authoring and/or editing more than 8 books, 40 articles and 30 papers spanning different areas of law. As one of the most active Chinese legal scholars, he delivers lectures at a large number of universities in China.