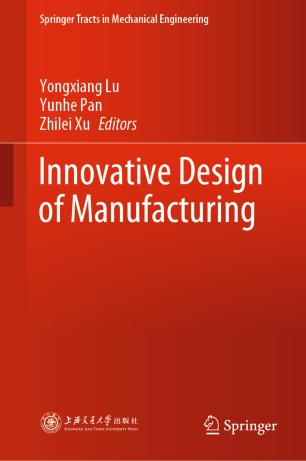 Lu Yongxiang was born in 1942 and graduated from School of Mechanical Engineering of Zhejiang University. He was a Doctor of Engineering at RWTH Aachen University, and an academic at the Chinese Academy of Sciences and Chinese Academy of Engineering, and made significant contributions to the fields of fluid transmission and control technology, higher education, and scientific and technological innovation. He served as president of Zhejiang University, of the Chinese Academy of Sciences, and of the Presidium of CAS Academic Divisions, and was also director general of the Chinese Mechanical Engineering Society, vice chairman of the Standing Committee of the National People’s Congress, deputy chairman of the Academic Degrees Committee of the State Council, vice president of the Academy of Sciences for the Developing World, and co-chairman of the InterAcademy Council. He is currently president of the China Industry-University-Research Institute Collaboration Association and director of the National Manufacturing Strategy Advisory Committee.

Pan Yunhe was born in November 1946, in Hangzhou. He is a computer expert, academician of Chinese Academy of Engineering. He is former Executive Vice-President of the Chinese Academy of Engineering, former President of Zhejiang University. He is a Member of the 12th CPPCC National Standing Committee and Director of the Foreign Affairs Committee. He serves concurrently as member of the Academic Degrees Committee of the State Council, Member of National Textbook Commission, leader of National Advisory Committee for a New Generation of Artificial Intelligence Strategy, Chairman of Artificial Intelligence Industry Alliance, Chairman of Innovation Design Alliance of China, Chairman of China Association of Inventions, Deputy Director of Chinese Strategic Emerging Industries Development Advisory Council, and Honorary President of CSIG (China Society of Image and Graphics). Mr. Pan is one of the pioneers in the field of Chinese intelligent CAD and computer art. He has been long engaged and dedicated to research in artificial intelligence, computer graphics, CAD and industrial design. He has undertaken many important studies and research projects involving computer art, intelligent CAD, computer-aided product innovation, virtual reality and digital preservation of cultural relics, digital library, smart cities and knowledge centers. He has creatively proposed several new concepts such as cross-media intelligence, digital sea, intelligent libraries, and artificial intelligence 2.0. He has published many research papers, achieved a series of significant research findings and received several state science and technology awards.

Xu Zhilei was born in 1930, and graduated from Tatong University, Shanghai, in 1952. He served as an engineer, chief designer, and vice director of the design team at the Ministry of Machinery Industry’s Shanghai Machine Tool Plant, deputy chief and chief of the Nuclear Device Design Division of Design Department at the Ninth Research Institute of the Second Ministry of Machinery Industry, director of Nuclear Device Design Division of the Eighth Station of the Ninth Research Institute, deputy chief engineer of the general design department, and chief designer at the China Academy of Engineering Physics. He was elected as an academic of the Chinese Academy of Engineering in 2001. He is currently a researcher at the China Academy of Engineering Physics, and an expert on nuclear weapon engineering design in China. He has twice received a special prize from the National Scientific and Technological Progress Award twice, and has won several second prizes in the National Scientific and Technological Progress Award.