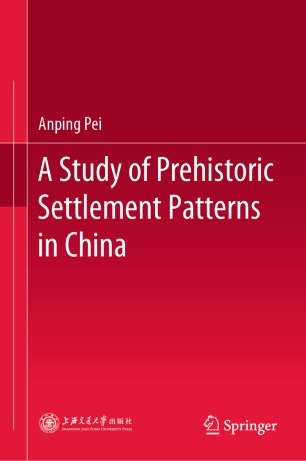 A Study of Prehistoric Settlement Patterns in China

This book is the first-ever monograph on clustering patterns in prehistoric settlements. It not only theoretically explains the difference between natural settlement communities and organizational forms for the first time, but also demonstrates the importance of understanding this difference in practical research. Based on extensive archaeological data from China and focusing on the evolution of prehistoric settlements and changing social relations, the book completely breaks with the globally popular research mode which is based on the assumption that settlement archaeology has nothing to do with prehistoric social organization.
In terms of research methods, the book also abandons the globally popular method of measuring the grade and importance of settlements according to their size and the value of the unearthed objects. Instead, it focuses on understanding settlements’ attributes from the combined perspective of the group and individuals. On the one hand, the book proves that the clustering patterns in prehistoric settlement sites reflect the organizational forms of the time; on the other, it demonstrates that historical research focusing on the organizational forms of prehistoric societies is closer to the historical reality and of more scientific value. The intended readership includes graduates and researchers in the field of archaeology, or those who are interested in cultural relics and prehistoric settlements.

Anping Pei is a Professor and Doctoral Supervisor working in the Cultural Relics and Museum Department of Nanjing Normal University. In 1994, the excavation of the Bashidang site, which he led, won the third prize for field archaeological excavations presented by the State Administration of Cultural Heritage. In 2000, he was awarded the title of ‘excellent expert’ by the State Ministry of Culture and won the first prize for the cultural sector presented by Hunan Province. He has published numerous articles in respected national and international journals. His representative works include The Rice Cultivation Culture of the Yangtze River Basin (2004), Agriculture, Culture and Society (2006) and A Corpus of Pre-historic Rice Cultivation Studies (2009).