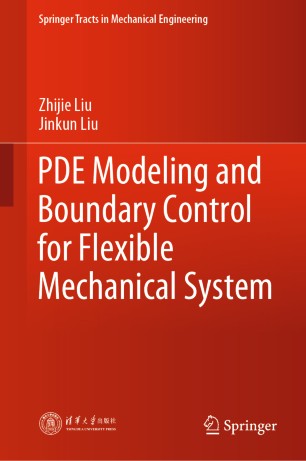 This book provides a comprehensive review of fundamental issues in the dynamical modeling and vibration control design for several flexible mechanical systems, such as flexible satellites, flexible aerial refueling hoses, and flexible three-dimensional manipulators. Offering an authoritative reference guide to the dynamics and control of flexible mechanical systems, it equips readers to solve a host of problems concerning these systems. It provides not only a complete overview of flexible systems, but also a better understanding of the technical levels involved.
The book is divided into ten chapters: Chapters 1 and 2 lay the foundations, while the remaining chapters explore several independent yet related topics in detail. The book’s final chapter presents conclusions and recommendations for future research.
Given its scope, the book is intended for researchers, graduate students, and engineers whose work involves control systems, flexible mechanical systems, and related areas.

Dr, Zhijie Liu received his B.S. degree at the School of Mechanical Electrical & Information Engineering, China University of Mining and Technology, Beijing in 2014, and his PhD at the School of Automation Science & Electrical Engineering, Beihang University, China in 2019. In 2017, he was a Research Assistant at the Department of Electrical Engineering, University of Notre Dame, for twelve months. His research interests include adaptive control, distributed parameter systems and intelligent control systems. He has published more than 10 research papers.

Professor Jinkun Liu received his BS, MS and PhD degrees from Northeastern University, Shenyang, China, in 1989, 1994 and 1997, respectively. He was a Postdoctoral Fellow at Zhejiang University from 1997 to 1999, and is currently a Full Professor at Beijing University of Aeronautics and Astronautics. His research interests include intelligent control and sliding mode control, PDE modeling and boundary control, with applications in areas related to motion control, such as flight control and robotic control, etc. especially for under-actuated systems. He has published over 100 research papers and eight books.