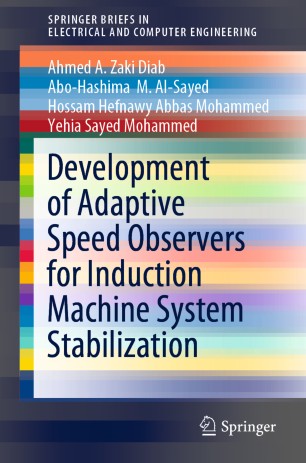 This book describes the development of an adaptive state observer using a mathematical model to achieve high performance for sensorless induction motor drives. This involves first deriving an expression for a modified gain rotor flux observer with a parameter adaptive scheme to estimate the motor speed accurately and improve the stability and performance of sensorless vector-controlled induction motor drives. This scheme is then applied to the controls of a photovoltaic-motor water-pumping system, which results in improved dynamic performance under different operating conditions. The book also presents a robust speed controller design for a sensorless vector-controlled induction motor drive system based on H∞ theory, which overcomes the problems of the classical controller.