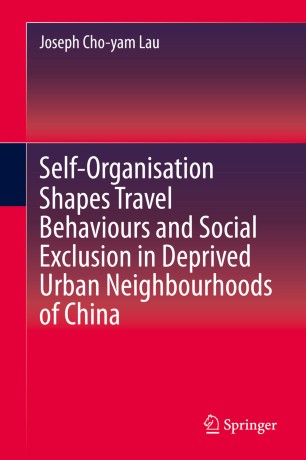 This book investigates the influence of self-organisation processes on the commuting of the poor workers in urban China. It suggests a new approach to investigate and measure individual access, and it argues that dynamic interactions between individual action and social structure influence individual’s access to transport, which cannot be measured using other traditional accessibility approaches.
The overwhelming majority of models in transport research assume that socio-economic factors and the built-environment influence the accessibility of transport for individuals. This book provides evidence that individual decision-makings and actions are also vital factors to bring out changes in accessibility.
Further, the study adopts a self-organisation process and structuration theory to illustrate that a significant proportion of travel problems of migrants are rooted in the interaction between actions and social structures. Any change in migrants’ actions or social structures in the self-organisation process would result in the production of complex and spontaneous travel behaviour. The self-organisation approach presented provides a new approach for urban transport planning in the future, particularly on the investigation of the accessibility of disadvantaged social groups. By using the social theories, transport research can have an effect on commuting behaviour and to improve poor workers’ quality of life.

Joseph Cho-yam Lau gained his M. Phil (1997) and Ph.D. degree (2007) in Hong Kong University and his research focused on the influences of socio-economic and land-use development on the accessibility of the poor in Hong Kong.  Over the past 20 years, he had published 9 papers in international journals (e.g. Cities and Habitat International), which were about the commuting of the poor in Guangzhou, Singapore and Hong Kong. He also published one (open access) paper in the Open Transportation Journal and one book chapter.