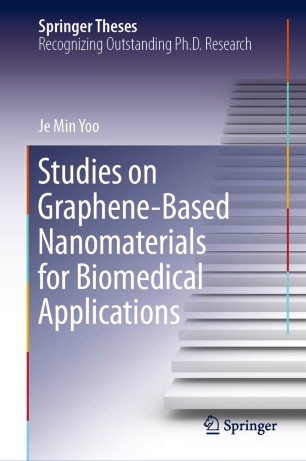 This thesis presents various applications of graphene-based nanomaterials, especially in biomedicine. Graphene and its derivatives have gained enormous attention from scientists in all fields of study due to many unprecedented properties. The initial scientific attention was focused on the development of transparent flexible electrodes by exploiting two-dimensional graphene film’s extraordinary electrical and physical properties. Recently, given an increasing evidence of dispersed graphene-based nanomaterials’ biocompatibility, researchers have endeavored to employ these materials in other studies relevant to biomedical technologies.

In this respect, the thesis provides a comprehensive review on the synthesis, toxicity, and a few of the key biomedical applications in the first chapter. The following chapter discusses the use of a graphene film as a novel catalyst to oxidatively destroy phenols, which are known to be potentially mutagenic and carcinogenic. Finally, and most importantly, the last chapter introduces the therapeutic role of graphene quantum dots, the smallest graphene-based nanomaterials, for Parkinson’s disease. The results are promising for the use of graphene quantum dots as the basis of future clinical drug candidates for neurodegenerative disorders.