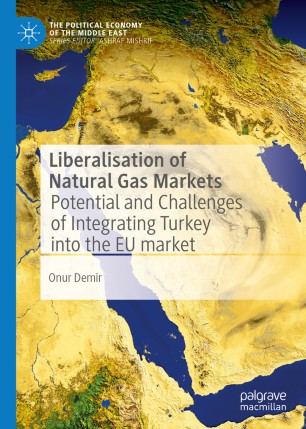 Potential and Challenges of Integrating Turkey into the EU Market

This book investigates the overall natural gas reform performance of Turkey, addressing both shortfalls and setbacks that have prevented Turkey from the fulfillment of the regulatory implementation since 2001, and how the prospectively liberalised natural gas market can effectively operate at all levels. Although eighteen years have passed since the introduction of the first legislation as a basis for a more liberalised Turkish natural gas market, the completion of the reform process still suffers from a lack of enforcement. The book offers recommendations to address this, the main one being that policy makers should give due consideration to the consolidation of EMRA’s independent role with appropriate safeguards laid out to prevent attempts of regulatory misuse. The book concludes by suggesting that there is a compelling need to move forward with a consolidated reform sooner rather than later if Turkey genuinely wishes to take a leadership position in the race to become an efficient gas hub and be part of Europe’s single energy market.Onur Demir is an international entrepreneur who has served as director of private firms that provided services for three countries. With nine years of research and management consulting experience, Dr. Demir provides energy firms, utilities, technology developers and governments with leading analyses, insights and policy recommendations. She received her MSc degree in Istanbul and her PhD from Anglia Ruskin University in Cambridge, UK, where she was a lecturer in International Business Strategy. She has presented in industry conferences and has authored various publications in BloombergHT, Turkey.