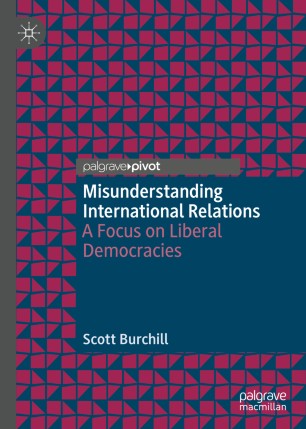 A Focus on Liberal Democracies

This book examines the ways in which the study and practice of international relations are misunderstood, both by scholars and politicians. It begins by examining critical errors in reasoning and argument which determine the way key issues in the field are discussed and explained. It then explores a number of case studies which are affected by these errors, including the legal status of the modern nation-state, the Israel-Palestine conflict, the idea of the Deep State, the relationship between the West and radical Islam, the impact of moral righteousness on historical understanding, and the role of class in modern Western politics.
Scott Burchill is Senior Lecturer in International Relations at Deakin University. He is the author ofThe National Interest in International Relations Theory (2005) and co-author and editor of Theories of International Relations (2013).