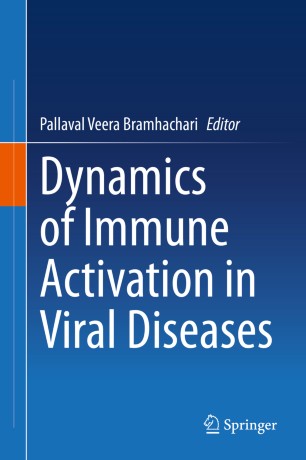 This book discusses various components of the innate and adaptive immune response in combating viral infections, presenting the recent advances in our understanding of innate immunity recognition of viruses and highlighting the important role of inflammation, cytokines such as interferon, toll-like receptors and leukocytes in the initial detection of invading viruses and subsequent activation of adaptive immunity.

It also summarizes the role of the adaptive immunity against viral infections through clearance of virus and establishment of memory response that protects against the recurrent infections. In addition, the book examines the role of DNA and RNA sensors in viral recognition and in controlling viral infection.

Lastly, it reviews the latest developments in the development of the rational viral vaccines. As such it is a useful resource book for postgraduate and early researchers wanting to gain insights into the immune response to viral infections.

Dr. Pallaval Veera Bramhachari is currently Head of the Department of Biotechnology at Krishna University, India. He has served as a Postdoctoral Research Scientist at the Bacterial Pathogenesis Laboratory, Queensland Institute of Medical Research (QIMR), Australia, and DBT Postdoctoral Fellow at the Department of Microbiology and Cell Biology, Indian Institute of Science (IIsc), Bangalore. He holds a Ph.D. in Microbiology from Goa University, India. His research focuses on applied microbiology and cell biology research, including the biochemical mechanisms of bacterial-biofilm formation, structure-function relationship of bacterial rhamnolipids, and basic and translational cancer research. He has published more than 115 research articles in leading peer-reviewed international journals and 3 books, and has presented 47 abstracts at various national and international conferences. He has served as an editorial board member and reviewer for a number of national and international journals, and is a member of several international scientific societies and organizations, most importantly, the Indian Science Congress & Society of Biological Chemists, India. He has received a number of prestigious awards, notably, AP State Best Scientist Award 2017, DST SERB Young Scientist Award (2011) and was nominated as an Associate Fellow of Andhra Pradesh Academy of Sciences (APAS) for the year 2016.