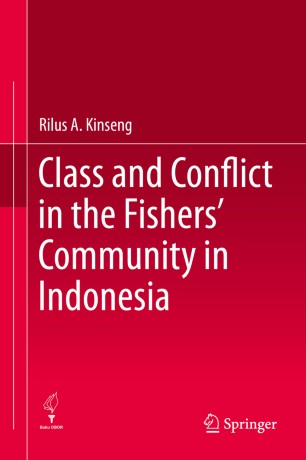 Class and Conflict in the Fishers' Community in Indonesia

This book analyses social conflict among fishers in Indonesia by implementing class theory, thus adopting a new approach to analysing fishers’ conflicts in Indonesia. In using this approach, the book enables a comprehensive understanding of the nature of fishers’ social conflicts. It demonstrates that the primary cause triggering conflict among fishers in Indonesia is not exploitation, but domination. This domination causes injustice in terms of access among fishers, which in turn threatens their livelihood. The author unpacks the influence of political parties, and how macro-economic conditions and public policy have become contextual variables of these class conflicts in the fisheries community. The book presents the unique characteristics of class conflicts among fishers compared to class conflicts in industrial sectors, underpinned by Marxist theory. This book will be relevant to fisheries policy-makers in Indonesia and abroad, researchers and students in anthropology, sociology, and development economics, as well as community and rural development specialists and conservationists.