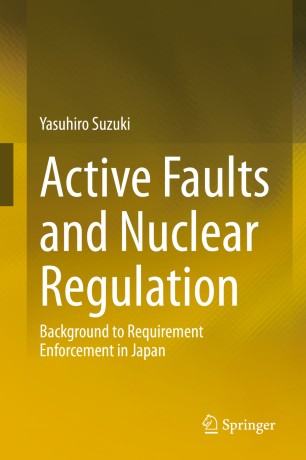 Background to Requirement Enforcement in Japan

This book reviews the active faults around nuclear power plants in Japan and recommends an optimal method of nuclear power regulation controlled by the Nuclear Regulation Authority of Japan. The active faults around nuclear power plants have been underestimated in Japan since the latter half of the 20th century. However, based on the lessons learned from the Fukushima nuclear power plant accident, the book sheds light on why the risks of active faults were underestimated, and discusses the optimal scientific method of assessing those risks. Further, the author shares his experiences in the new standard for nuclear regulation creation team and in the active fault survey at the Nuclear Regulation Authority of Japan. This book is a valuable resource for students, researchers, academic and policy-makers, as well as non-experts interested in nuclear safety.