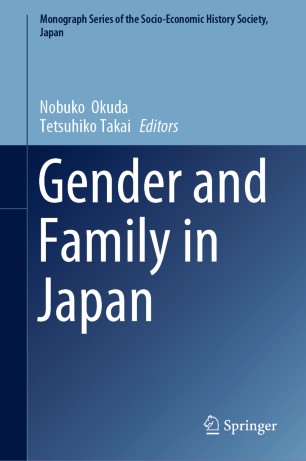 Gender and Family in Japan

This book is the 6th volume of the Monograph Series of the Socio-Economic History Society, Japan. The book focuses on how economic developments changed the everyday lives of ordinary women in early-modern and modern Japan. Different from precedent gender studies, the spotlight here is on the daily activities and structural positions of women rather than feminist movements or activities of elite women. Using demography, anthropometrics, and labour economics, this book explicates childcare, physical development of girls, and women’s labour migration. The dynamics of ordinary women in prewar Japan may change deep-rooted images of women as oppressed beings. Using quantitative data multi-dimensionally with the latest statistical analysis methods, this book shows how Japanese economic historians can contribute to historians of gender and family who are interested in early-modern and modern Japan.

The first part consists of four chapters that discuss women migrant workers in the Tokugawa period, women’s work, and family strategies in the underdeveloped regions of the country, conflicts between child-rearing and women’s work on family farms, and living standards of teenaged girls in early twentieth-century Japan. Those chapters provide a bridge between economic historians and feminist historians and articulate new research fields for both. The second part, comprising four book reviews, illustrates how the gender concept has been adopted in family and gender historiography in Japan.

​Editors:
Nobuko Okuda is a professor of Nagoya City University. She obtained a Ph.D. in social history from the University of Warwick in 1984. Her main research field is the gender and social history of modern and contemporary Britain.
Tetsuhiko Takai is an associate professor of economic history at Hokkaido University.  He obtained a Ph.D. in social science from Ecole des Hautes Etudes en Sciences Sociales in 1999. His main research field is the economic and business history of France and Francophone Asia-Africa from the nineteenth century onwards.