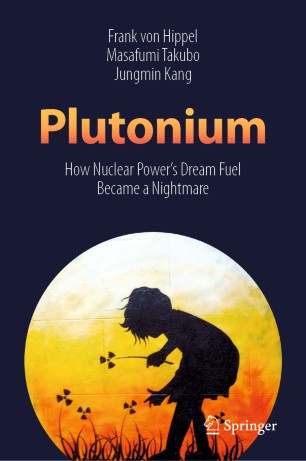 This book provides a readable and thought-provoking analysis of the issues surrounding nuclear fuel reprocessing and fast-neutron reactors, including discussion of resources, economics, radiological risk and resistance to nuclear proliferation. It describes the history and science behind reprocessing, and gives an overview of the status of reprocessing programmes around the world. It concludes that such programs should be discontinued.

While nuclear power is seen by many as the only realistic solution to the carbon emission problem, some national nuclear establishments have been pursuing development and deployment of sodium-cooled plutonium breeder reactors, and plutonium recycling. Its proponents argue that this system would offer significant advantages relative to current light water reactor technology in terms of greater uranium utilization efficiency, and that separating out the long-lived plutonium and other transuranics from spent fuel and fissioning them in fast reactors would greatly reduce the duration of the toxicity of radioactive waste. However, the history of efforts to deploy this system commercially in a number of countries over the last six decades has been one of economic and technical failure and, in some cases, was used to mask clandestine nuclear weapon development programs.

Covering topics of significant public interest including nuclear safety, fuel storage, environmental impact and the spectre of nuclear terrorism, this book presents a comprehensive analysis of the issue for nuclear engineers, policy analysts, government officials and the general public.