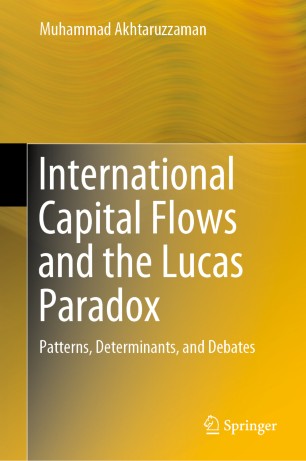 This book offers a comprehensive analysis of the debates on international capital flows, and presents a new evidence-based answer to the long-standing question of why capital doesn’t tend to flow from rich to poor countries as predicted by standard neoclassical theory – a puzzle known as the Lucas paradox. Further, the book reviews alternative approaches to conventional estimates of the marginal product of capital (MPK) and considers whether these estimates actually help us understand observed international capital flows.

A rigorous quantitative approach is subsequently used to provide clear empirical evidence on the determinants of capital flows across borders. The findings of this empirical analysis suggest that generous economic policies on capital account convertibility are more influential than differences in institutional quality in terms of determining international capital flows. In closing, the relative importance of various types of political risk (e.g. expropriation and corruption) is examined. After determining that expropriation risk has one of the greatest effects on foreign direct investment (FDI), the book proposes an appealingly intuitive explanation for the lack of FDI flows to many capital-scarce developing countries.