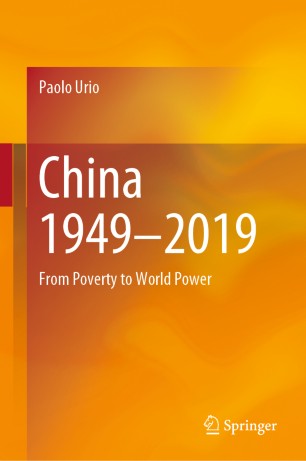 From Poverty to World Power

The objective of this book is to take stock of the research Paolo Urio has conducted since 1997 on the rise of modern China, with emphasis on strategic public management. The starting point of the book is China’s will to recover world power status. This objective is of paramount importance for understanding the policies implemented since 1949, their rationale, content, and consequences upon Chinese society and economy, as well as their sequence in time, i.e. the underlying grand strategy. Starting from these premises, the book proposes an analysis of the contradictions that have developed within China since 1949, the positive and the negative consequences of the public policies implemented to overcome these imbalances, i.e.: the Communist Party’s loss of reputation at the end of Mao era; the introduction of market mechanisms by Deng and the resulting imbalances within  Chinese economy, society and environment; the rebalances policies of the Hu Jintao era; and finally the assertive power policies of Xi Jinping, both nationally, e.g. the fight against corruption, and internationally, i.e. China’s new role in the world, especially as a competitor of the Unites States.