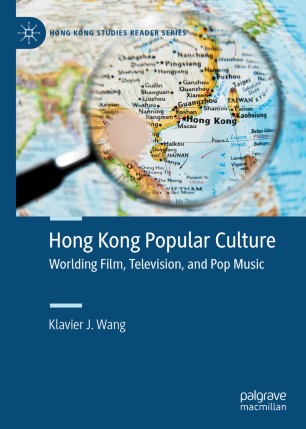 This book traces the evolution of the Hong Kong’s popular culture, namely film, television and popular music (also known as Cantopop), which is knotted with the city’s geo-political, economic and social transformations. Under various historical contingencies and due to the city’s special geo-politics, these three major popular cultural forms have experienced various worlding processes and have generated border-crossing impact culturally and socially. The worlding processes are greatly associated the city’s nature as a reception and departure port to Sinophone migrants and populations of multiethnic and multicultural.
Reaching beyond the “golden age” (1980s) of Hong Kong popular culture and afar from a film-centric cultural narration, this book, delineating from the dawn of the 20th century and following a chronological order, untangles how the nowadays popular “Hong Kong film”, “Hong Kong TV” and “Cantopop” are derived from early-age Sinophone cultural heritage, re-shaped through cross-cultural hybridization and influenced by multiple political forces. Review of archives, existing literatures and corporation documents are supplemented with policy analysis and in-depth interviews to explore the centennial development of Hong Kong popular culture, which is by no means demise but at the juncture of critical transition.
Klaiver J. Wang is a researcher on Hong Kong culture and society. She was a post-doctoral fellow at the Academy of Hong Kong Studies, Education University of Hong Kong. She is now pursuing film archivist training at Tisch School of the Arts, New York University. Her publication appears on International Journal of Cultural Studies and International Journal of Taiwan Studies.