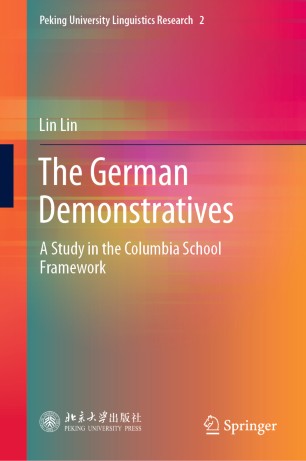 A Study in the Columbia School Framework

This book explores, analyzes, and compares the use of German and Chinese demonstratives. Discourse and textual uses of the forms are considered, as well as their locative and temporal uses. The author observes that in both languages the demonstratives can be used to refer to referents. However, she departs from the common assumption that proximal demonstratives refer to entities or places close to the speaker, while non-proximal demonstratives refer to entities or places far from the speaker.
Having analyzed a representative sampling consisting of a German text and a Chinese text, the author argues that both German and Chinese proximal demonstratives can signal the meaning of HIGH DEIXIS in a system of DEIXIS in the Columbia School of linguistics framework, whereas their non-proximal demonstratives can signal the meaning of LOW DEIXIS. In addition, Chinese demonstratives can be used under more circumstances than German demonstratives due to the lack of articles in Chinese. The author also argues that Cognitive Linguistic analysis is more helpful for new language learners, whereas the Columbia School of linguistics may be better suited to advanced learners who wish to know more about the intrinsic differences between words with similar meanings and uses.
This book aims to help German learners better understand the German reference system. Readers with a Chinese language background will definitely benefit more from the book, as well as Chinese learners with a German language background. For pure linguistic enthusiasts and multi-linguals, the book offers an extensive introduction to the Columbia School of linguistics, and can open a new horizon for learning a new language comparatively.