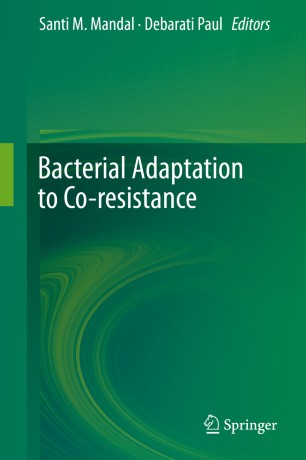 The proposed book aims to understand the mechanism of survival of microorganisms in response to chemical stress in various ecological niches that suffer direct human intervention, more so the agricultural, domestic and hospital settings. Microbicides (e.g. disinfectants, antiseptics, fungicides, algaecides, insecticides and pesticides) are used rampantly to control undesirable microbes. Insecticides and pesticides are routinely used in agriculture which directly affect the microbial population in farms, orchards and fields. Health care environments are always stressed with disinfectants and antibiotics. It is always probable that microbicide-stressed microorganisms are in a dynamic state, displaced from one niche to the other. Some soil and water borne bacteria or their resistance determinants are also getting prominence in hospital settings after suffering selective pressure from agricides. In order to reveal the survival strategies of microbicidal-resistant microbes, it is of prime importance to know the mode of action of these complete range of microbicides (agricides to antibiotics). The present book intends to address these issues. There will be several chapters dealing with tolerance and cross resistance in microbes and bacteria in particular, dwelling in various niches. Till date, there is no consensus among scientists in theorizing molecular mechanisms to explain bacterial tolerance and their cross resistance to agricides and antibiotics.