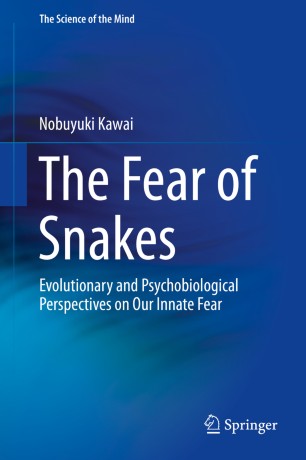 The Fear of Snakes

Evolutionary and Psychobiological Perspectives on Our Innate Fear

This book provides a series of compelling evidence that shows that humans have innate fear of snakes. Building on the previous studies on the Snake Detection Theory (SDT), the author presents a  summary of psychological and neuropsychological experiments to explain the fear of snakes in humans and primates. Readers will come to understand why and how we are afraid of snakes from an evolutionary perspective.

The first half of the book discusses the history of psychological behaviorism and neobehaviorism. The latter half of the book consists mainly of the experimental studies performed by the author with a focus on three key items: First, compared with other animals, snakes especially draw the attention of primates and humans. Second, the ability of primates and humans to recognize snakes with particular efficiency. Third, processing mechanisms within the brain for snake detection is discussed from a new viewpoint

The book offers a unique resource for all primatologists, psychologists, neuroscientists, anthropologists, herpetologists, and biologists who are interested in the evolution of visual and cognitive systems, mechanisms of fear, snakes or primates.