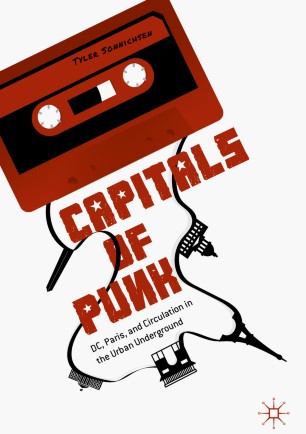 DC, Paris, and Circulation in the Urban Underground

Capitals of Punk tells the story of Franco-American circulation of punk music, politics, and culture, focusing on the legendary Washington, DC hardcore punk scene and its less-heralded counterpart in Paris. This book tells the story of how the underground music scenes of two major world cities have influenced one another over the past fifty years.
This book compiles exclusive accounts across multiple eras from a long list of iconic punk musicians, promoters, writers, and fans on both sides of the Atlantic. Through understanding how and why punk culture circulated, it tells a greater story of (sub)urban blight, the nature of counterculture, and the street-level dynamics of that centuries-old relationship between France and the United States.