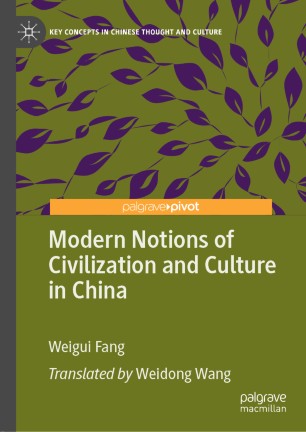 Modern Notions of Civilization and Culture in China

This Key Concepts pivot examines the fundamental Chinese ideas of ‘Civilization’ and ‘culture’, considering their extensive influence both over Chinese society and East Asian societies. The pivot analyses the traditional connotations of those two concepts and their evolution in the Sino-Western exchanges as well as their renewed interpretation and application by contemporary Chinese scholars. It analyses how the years 1840-1900 which mark a period of major transition in China challenged these concepts, and highlights how the pursuit of innovation and international perspective gave birth to new values ​​and paradigm shifts, and culminated in the May Fourth New Culture Movement. Considering the underlying humanistic ideas in the key concepts of traditional Chinese civilisation and culture, this pivot contributes to this series of Chinese Key Concept by offering a unique analysis of the conceptual evolutions brought about by the change of values in 21st century China.