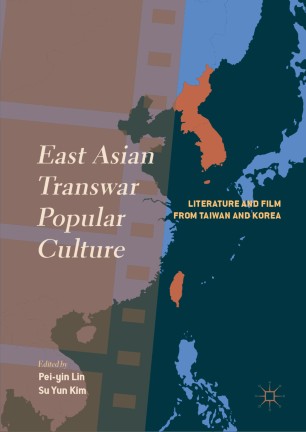 Literature and Film from Taiwan and Korea

This collection examines literature and film studies from the late colonial and early postcolonial periods in Taiwan and Korea, and highlights the similarities and differences of Taiwanese and Korean popular culture by focusing on the representation of gender, genre, state regulation, and spectatorship. Calling for the “de-colonializing” and “de–Cold Warring” of the two ex-colonies and anticommunist allies, the book places Taiwan and Korea side by side in a “trans-war” frame. Considering Taiwan–Korea relations along a new trans-war axis, the book focuses on the continuities between the late colonial period’s Asia-Pacific War and the consequent Korean War and the ongoing conflict between the two sides of the Taiwan Strait, facilitated by Cold War power struggles. The collection also invites a meaningful transcolonial reconsideration of East Asian cultural and literary flows, beyond the conventional colonizer/colonized dichotomy and ideological antagonism. ​

Pei-yin Lin is Associate Professor at the School of Chinese, University of Hong Kong, and received her Ph.D. in Languages and Cultures of East Asia from SOAS, University of London. She previously taught at the National University of Singapore and England (Cambridge and SOAS), and was a visiting scholar at Harvard Yenching Institute (2015-16). Among her major publications are her monograph Colonial Taiwan: Negotiating Identities and Modernity through Literature (2017), and two edited volumes—Print, Profit, and Perception: Ideas, Information and Knowledge in Chinese Societies, 1895-1949 (2014) and Border-crossing and In-betweenness (2016).
Su Yun Kim is Assistant Professor of Korean Studies at the University of Hong Kong. She received her Ph.D. in Literature at the University of California, San Diego and specializes in modern Korean literature and culture. Her interests include imperialism and colonialism in East Asia; gender and sexuality; colonialism and race; and popular narratives. She is currently completing her first monograph on fictions of romance and marriage between Koreans and Japanese in colonial Korea. Her second project examines the production of popular fiction on romance and the family in twentieth-century Korea.