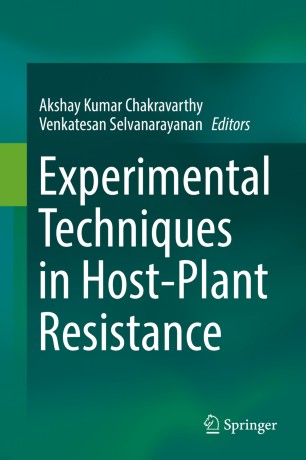 The earliest land-plants evolved around 450 million years ago from aquatic plants devoid of vascular systems. The diversification of flowering plants (angiosperms) during the Cretaceous period is associated with speciation in insects. Early insect herbivores were mandibulate, but the evolution of vascular plants led to the co-evolution of other forms of herbivory, such as leaf feeding, sap-sucking, leaf mining, tissue borer, gall forming and nectar-feeding. Plant defense against biotic stress is an adaptive evolution by plants to increase their fitness. Plants use a variety of strategies to defend against damage caused by herbivores. Plant defense mechanisms are either inbuilt or induced. Inbuilt mechanisms are always present within the plant, while induced defenses are produced or mobilized to the site where a plant is injured. Induced defense mechanisms include morphological, physiological changes and production of secondary metabolites.Host plant resistance (HPR) is one of the eco-friendly methods of pest management. It protects the crop by making it less suitable or tolerant to the pest. While books on theoretical aspects of HPR are available, an exclusive book on the practical aspects is lacking. There is a wide gap between the theory and the experimental procedures required for conducting studies on plant resistance for the post graduate students and young researchers. A dire need for a book on practical aspects was strongly felt. Initially a practical manual was prepared which eventually evolved into the present book. We hope this book provides information on major aspects of screening crop germplasm, sampling techniques, genetic and biochemical basis of HPR, behavioural studies on pheromone and plant volatiles, and some of the recent approaches in HPR. Further, the references provide the scientific articles and books as additional information to readers and workers alike.

Dr. A.K. Chakravarthy, Head and Principal Scientist, Division of Entomology and Nematology is an author of many books and over 300 scientific papers and 30 chapters in Entomology and Natural history. His interest includes Insects, birds, bats, rodents and mammals. With over three decades of experience of teaching, research and extension, Dr. Chakravarthy has been the investigator for over 35 research projects and has guided more than 25 students for post graduation. A Ph.D, from Punjab Agriculture University and Fellow from IARI, New Delhi, he is a member of several National and International scientific academia, an advisor, a panelist, a referee, reviewer, editor and he is associated with publication of several national and international journals worldwide. A field orientated, widely travelled biologist, he is actively working on novel approaches in Integrated Pest management, Host Plant Interaction, Vertebrate pest management, Biodiversity and environmental conservation issues. Recently he has published books titled - New Horizons in Insect Science: Towards Sustainable Pest Management, Economic and Ecological Significance of Arthropods in Diversified Ecosystems- Sustaining Regulatory Mechanisms and Arthropod Diversity and Conservation in the Tropics and sub-tropics by Springer.  Dr. V. Selvanarayanan, Professor of Entomology, Faculty of Agriculture, Annamalai University has 23 years of teaching experience. He was a gold medalist in post graduation and his doctoral research resulted in identification of new species of tomatoes resistant to insects. He was awarded with the Best Research Paper Award during 2006 and Distinguished Teacher Award during 2010 at Annamalai University. He has authored more than 80 research articles and four books. He is fellow of Plant Protection Association of India and life member in many professional societies. He has spearheaded many externally funded research projects. He had visited many countries and delivered invited lectures in scientific meetings. As additional responsibilities, he served as Deputy Controller of Examinations (2013 – 2015) and currently serving as Head, Department of Entomology at Annamalai University.