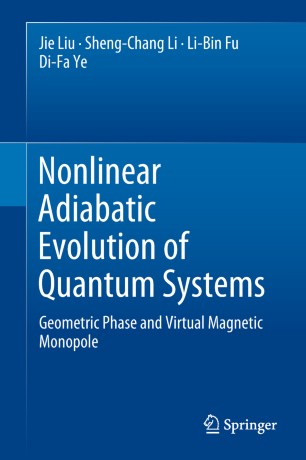 This book systematically introduces the nonlinear adiabatic evolution theory of quantum many-body systems. The nonlinearity stems from a mean-field treatment of the interactions between particles, and the adiabatic dynamics of the system can be accurately described by the nonlinear Schrödinger equation. The key points in this book include the adiabatic condition and adiabatic invariant for nonlinear system; the adiabatic nonlinear Berry phase; and the exotic virtual magnetic field, which gives the geometric meaning of the nonlinear Berry phase. From the quantum-classical correspondence, the linear and nonlinear comparison, and the single particle and interacting many-body difference perspectives, it shows a distinct picture of adiabatic evolution theory. It also demonstrates the applications of the nonlinear adiabatic evolution theory for various physical systems. Using simple models it illustrates the basic points of the theory, which are further employed for the solution of complex problems of quantum theory for many-particle systems. The results obtained are supplemented by numerical calculations, presented as tables and figures.