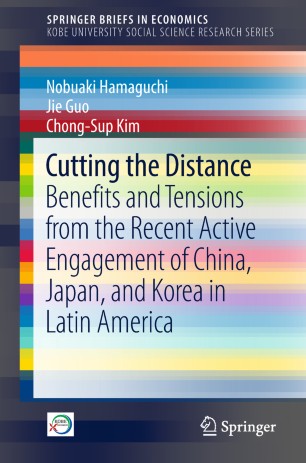 Benefits and Tensions from the Recent Active Engagement of China, Japan, and Korea in Latin America

This book represents a valuable contribution to the study of Asia–Latin America relations from the unprecedented collaboration of leading Latin American specialists of China, Japan, and Korea, representing views from their respective countries. The academic literature on this topic remains quite limited in spite of rapid expansion of the interregional trade and investment and active engagements to institutionalize relationships in recent years. Especially, the views from Asian academic researchers have not been expressed often. This book reveals why the partnership between the two geographically distant regions has gained more importance recently. The authors also discuss some tensions arising from the intensifying relationship, including the concentration in a few commodities of Latin American exports and the competition of Latin American industry with Asian exports, as well as geopolitical problems.