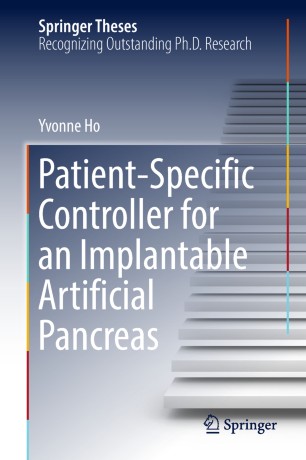 The thesis focuses on the control of blood glucose devices and design of implantable devices, and offers valuable insights on diabetes mellitus and related physiology and treatments. Diabetes mellitus is a widespread chronic disease in the modern world that affects millions of people around the globe. In Singapore, one in ten of the population has diabetes, and the severity of the problem has prompted the country’s prime minister to talk about the disease at the National Day Rally in 2017.


Yvonne Ho received her B.Eng. (Hons) in mechanical engineering from the National University of Singapore in 2002. She spent 8 years as an R&D Engineer in Hewlett-Packard working on print-head reliability and writing systems for business ink printers, during which she worked part-time on an M.Sc. (2010)(NUS). She obtained her Ph.D. from National University of Singapore in 2016, under supervision of Assoc. Prof Chui Chee-Kong. During this time, she was also involved in several research projects. She is currently a Research Staff in Republic Polytechnic, Singapore, working on a funded project. Her interests include control, automation and robotics.