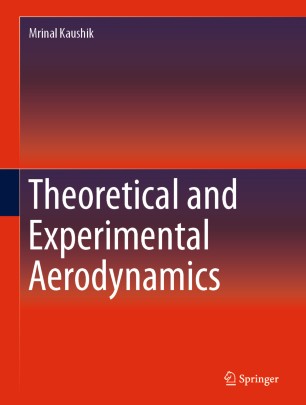 This book is intended as a text for undergraduate and graduate courses in aerodynamics, typically offered to students of aerospace and mechanical engineering programs. It covers all aspects of aerodynamics. The book begins with a description of the standard atmosphere and basic concepts, then moves on to cover the equations and mathematical models used to describe and characterize flow fields, as well as their thermodynamic aspects and applications. Specific emphasis is placed on the relation between concepts and their use in aircraft design. Additional topics of interest to the reader are presented in the Appendix, which draws on the teachings provided in the text. The book is written in an easy to understand manner, with pedagogical aids such as chapter overviews, summaries, and descriptive and objective questions to help students evaluate their progress. Atmospheric and gas tables are provided to facilitate problem solving. Lastly, a detailed bibliography is included at the end of each chapter to provide students with further resources. The book can also be used as a text for professional development courses in aerodynamics.

Dr. Mrinal Kaushik is an Assistant Professor at the Department of Aerospace Engineering, IIT Kharagpur, India. He completed his Ph.D., M.Tech. and B.Tech. degrees, all in Aerospace Engineering, at the IIT Kanpur, India. He has also worked at many reputed organizations, including the Defence Research and Development Organization; Indian Space Research Organization; General Motors Tech Center; and Tata Consultancy Services. His primary area of expertise is experimental supersonic aerodynamics, with a current focus on Shock-Boundary Layer Controlled Interactions and Active and Passive Control of Jets & Base Flows. His other research includes experimental investigations on Aerothermodynamics of Hypersonic Flows and Hydrodynamics of Hydrofoils. He has published a large number of research articles in many reputed international journals. He has authored two other books: Essentials of Aircraft Armaments (First Edition, Springer, 2016); and Innovative Passive Control Techniques for Supersonic Jet Mixing (Lambert Academic Publishing, Germany, 2012). He is the recipient of a Young Researcher Award from Venus International Foundation (2015). Dr. Kaushik’s biography was included in the prestigious database ‘Marquis Who’s Who World’ in 2016.