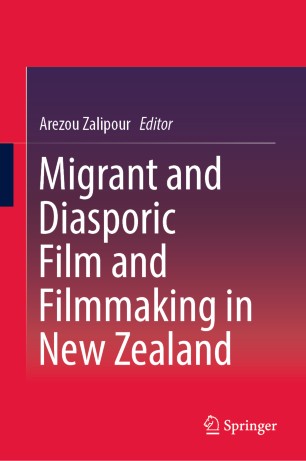 Migrant and Diasporic Film and Filmmaking in New Zealand

This book is the first ever collection on diasporic screen production in New Zealand. Through contributions by a diverse range of local and international scholars, it identifies the central characteristics, histories, practices and trajectories of screen media made by and/or about migrant and diasporic peoples in New Zealand, including Asians, Pacific Islanders and other communities. It addresses issues pertinent to representation of migrant and diasporic life and experience on screen, and showcases critical dialogues with directors, scriptwriters, producers and other key figures whose work reflects experiences of migration, diaspora and multiculturalism in contemporary New Zealand. With a foreword by Hamid Naficy, the key theorist of accented cinema, this comprehensive collection addresses essential questions about migrant, multicultural and diasporic screen media, policies of representation, and the new aesthetic styles and production regimes emerging from New Zealand film and TV. Migrant and Diasporic Film and Filmmaking in New Zealand is a touchstone for emerging work concerned with migration, diaspora and multiculturalism in New Zealand’s screen production and practice.

Arezou Zalipour’s research focuses on the intersection of diaspora, multiculturalism, screen production and practice and audience studies. Her interests cluster around diasporas in New Zealand, diasporic film and media, screen industry and socio-cultural diversity, and changing configurations of audiences in culturally diverse societies. She has a Masters from the Islamic Azad University, Karaj, Iran, a PhD from the National University of Malaysia, where she was a senior lecturer, and a second PhD in Screen and Media Studies from the University of Waikato.