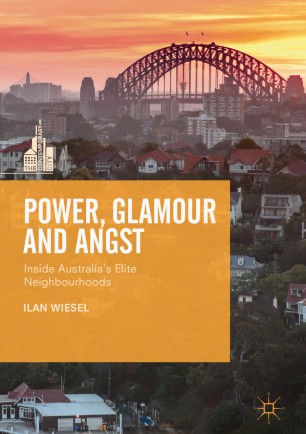 Part of the The Contemporary City book series (TCONTCI)

Power, Glamour and Angst is about the social and cultural life of three Australian neighbourhoods – Toorak (Melbourne), Mosman (Sydney) and Cottesloe (Perth) - which are home to some of the nation’s wealthiest and most powerful citizens. The book explores how living in these neighbourhoods shapes the lifestyles, social networks and status of Australia’s elites. The book explores the everyday rituals through which residents produce their neighbourhood's status. It maps residents’ social networks and exposes the local institutions – including schools and sports or social clubs – in which access to such high-powered networks is granted or withheld. Power, Glamour and Angst examines how the collective social and cultural capitals of elite neighbourhoods are mobilised towards varied objectives, from initiation of business connections and opportunities, through to opposition against unwanted development or traffic, both sources of ongoing angst. Deeply conservative and resistant to change at their core, despite their wealth and power these communities have not always been successful in fully repressing external pressures. In the 21st century Australian city, even elite neighbourhoods must learn to adapt to population growth, urban densification and increased cultural diversity.