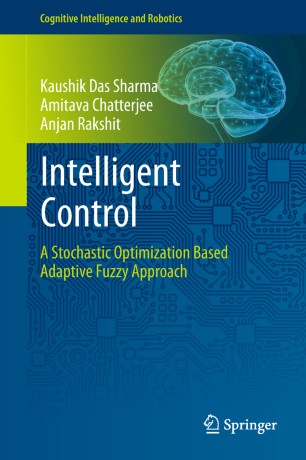 Part of the Cognitive Intelligence and Robotics book series (CIR)

Dr. Kaushik Das Sharma received the B.Tech. and M.Tech. degrees in Electrical Engineering from Department of Applied Physics, University of Calcutta, Kolkata, India, in 2001, 2004 respectively and Ph.D. degree from Jadavpur University, Kolkata, India, in 2012. He is currently serving as an Associate Professor in Electrical Engineering Section of Department of Applied Physics, University of Calcutta, Kolkata, India. He is a recipient of the Kanodia Research Scholarship in 2002 and University Gold Medal in 2004 from University of Calcutta. Dr. Das Sharma’s key research interests include fuzzy control, stochastic optimization, machine learning, robotics and systems biology. He has authored/coauthored about 45 technical articles, including 20 international journal papers. Dr. Das Sharma is a Senior Member of the IEEE (USA), Member of the IET (UK) and a Life Member of Indian Science Congress Association. He has served/is serving in important positions in several International Conference Committees all over the world. Presently he also serves as Secretary of IEEE Joint CSS-IMS Kolkata Chapter, an Executive Committee Members of IEEE Kolkata Section and IET (UK) Kolkata Local Network.

Amitava Chatterjee did his BEE, MEE and PhD from Electrical Engineering Department of Jadavpur University, Kolkata, in 1991, 1994 and 2002, respectively. He is currently serving as a Professor in Electrical Engineering Department of Jadavpur University, Kolkata, India. He is a recipient of the Japanese Government (Monbukagakusho) Scholarship in 2003 and a recipient of the Japan Society for the Promotion of Science (JSPS) Post-Doctoral Fellowship in 2004. In 2004, and in 2009 he visited University of Paris XII, Val de Marne, France, and in 2017 he visited University of Paris-Est, France as an Invited Teacher. Dr. Chatterjee's key research interests include nonlinear control, intelligent instrumentation, signal processing, computer vision, robotics, image processing and pattern recognition. Dr. Chatterjee has co-authored a book and co-edited two books all published by Springer-Verlag, Germany. He presently serves as an Editor of IEEE Transactions on Vehicular Technology and Engineering Applications of Artificial Intelligence Journal (Elsevier) and as an Associate Editor of IEEE Transactions on Instrumentation and Measurement, and IEEE Sensors Journal. He has authored/coauthored more than 145 technical articles, including 90 international journal papers. Dr. Chatterjee is a member of the Technical Committee on “Imaging Measurements and Systems” of IEEE Instrumentation & Measurement Society, USA. He is a Fellow of the IETE (India), a Fellow of the Institution of Engineers (India), and a Senior Member of the IEEE (USA). He has served/is serving in important positions in several International Conference Committees all over the world, including several flagship IEEE Conferences.

Anjan Rakshit received the ME and PhD degrees in Electrical Engineering from Jadavpur University, Kolkata, India, in 1977 and 1987, respectively. He is a retired Professor from the Department of Electrical Engineering, Jadavpur University. His research interests include digital signal and image processing, Internet-based instrumentation, smart instrumentation, intelligent control, and design of real-time systems. He has published about 75 technical papers in his areas of research interest.

“First, the book is well-structured and well-suited for familiarizing yourself with it. Second, the delivery is rigorous, clear and hands-on. … Overall, this work is a great confluence of mathematical soundness, computer science and engineering applications, making it a good fit for either a mathematics undergraduate’s library, a reseacher’s desk, or a computer engineer’s toolbox.” (Nataliya O. Sedova, zbMATH 1428.93001, 2020)
Buy options