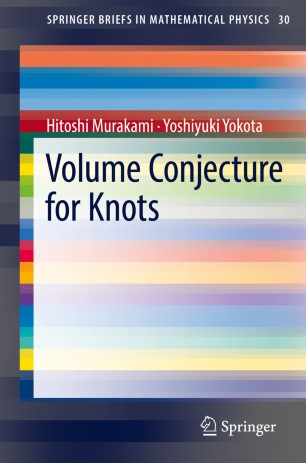 In this book we start with the definition of the colored Jones polynomial by using braid presentations of knots. Then we state the volume conjecture and give a very elementary proof of the conjecture for the figure-eight knot following T. Ekholm. We then give a rough idea of the “proof”, that is, we show why we think the conjecture is true at least in the case of hyperbolic knots by showing how the summation formula for the colored Jones polynomial “looks like” the hyperbolicity equations of the knot complement.

We finish by mentioning further generalizations of the volume conjecture.