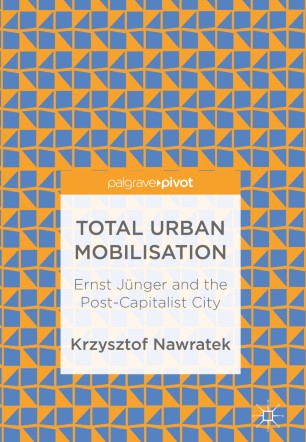 Ernst Jünger and the Post-Capitalist City

In this book Krzysztof Nawratek explores the possibility of a post-capitalist city, and in so doing, reclaims and develops the idea of total mobilisation as originally formulated by Ernst Jünger. Nawratek formulates the idea of ‘accumulation of agency’ the ability to act, to replace the logic of capital accumulation as a main driver of urban development. He argues that this ‘accumulation of agency’ operates already in contemporary cities, and should not be seen as essential element of capitalism, but as a conceptual gateway to a post-capitalist world.