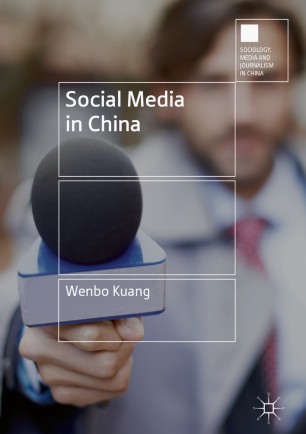 Part of the Sociology, Media and Journalism in China book series (SMJC)

Redefining the concept of new media in China, this cutting edge book discusses the impact of social media on Chinese public life. Examining its  characteristics and the different forms of social media, such as internet and mobile phone media, weibo, wechat and micro-blogging, it considers how public opinion evolves through this media and its interaction with traditional media. It also offers a unique analysis of growing new media platforms, the challenges of government management and the impact of micro-blogging on journalism in China.
Through quantitative research, the book also analyses new media user behavior in China, offering a ‘butterfly effect’ model for public opinion based on new media. It also shows the relevance of the sociological Matthew Effect and addresses issues such as the ‘20 million’ phenomenon and the Internet Water army (Wangluo shuijun), groups of Internet ghost-writers paid to post specific content online. Finally, it scrutinizes the the issue of mass disturbance in new media in China, researching evolutionary mechanisms and academic models of mass disturbance through a series of case studies.
Written by a leader in the field of Chinese new media, this book constitutes a valuable read to scholars of media and communications studies, and all those interested by the development and the increasing impact of new media in China.

Wenbo Kuang is a Professor at the School of Journalism and Communication, Renmin University of China. As a pioneer of new media research in China,Professor Kuang began to research new media in 1994 and has made significant contributions to the field, including publishing 12 books and more than a hundred and sixty papers in new media research. Sponsored by a variety of prestigious funds, including the National Fund of Philosophy and Social Science of China, and the China Scholarship Council China Education Ministry, he has also won the New Century Excellent Talents in University from the China Education Ministry.