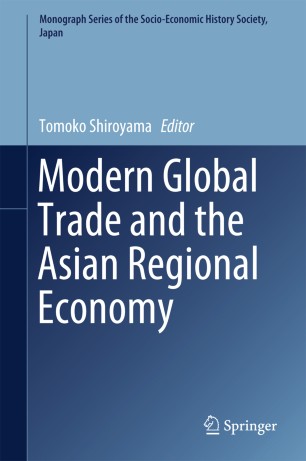 This volume undertakes the important task of envisioning a regional history of Asia based on its unique internal characteristics, going beyond the usual West/non-West dichotomy. The “regional trade zone of modern Asia” was debated in the 1980s. Since then, Japanese historians of the socioeconomic history of Asia have explored how the traditional trade relations that had developed over the centuries in Asia responded to the so-called Western impacts in the mid-nineteenth century, including the opening of ports and tariff reduction under free trade regimes and the advance in transportation technology. Against this academic background, the four chapters in this volume examine how overseas Chinese, some of the key actors in regional and local trade, dealt with their Western counterparts, and how Asian commodities penetrated other parts of the world through the newly created web of global commerce. The book reviews discuss theoretical issues to explore various connections among and comparisons of the economies in the region. This volume provides readers with critical insights into the Asian region in the past and present by investigating the long-term trajectory of its linkages to the global economy.