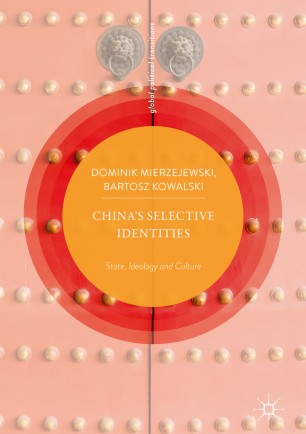 This book discusses the role of selective identities in shaping China’s position in regional and global affairs. It does so by using the concept of political transition of power, and argues that by taking different types of identities—state, ideology and culture—the Chinese government has adjusted China's identity to different kinds of audiences. By fitting different kinds of "self", China has secured its relatively peaceful transition within the existing system and in the meantime strengthened its capacity to place its principles within the existing system. In the case of its neighborhood, China presents itself as a state with the need of having clear-cut borders. In the case of the developing world (Global South) China narrates “self” as an ideology with the banner of materialism, equality and justice. For the third group of audience, the developed world, mainly Europe, the Chinese presents themselves as a peaceful, innocent cultural construct mainly based on Confucius’ passive approach. By bringing these three identities into "one China's body" [三位一体, sanweiyiti], the Chinese skillfully maneuvers and builds its position in global affairs.
Dominik Mierzejewski has a Ph. D. in Humanities and Professorship in Social and Political Science. He is chair at the Center for Asian Affairs, professor at the Department of East Asian Studies, and studied at the Shanghai International Studies University (1999-2000, 2003-2004). He also spent time at the Heritage Foundation (2003), and is a recipient of the Jan Karski Scholarship by the American Center of Polish Culture (2003). He was also a visiting professor at the Chinese Academy of Social Science, granted by the Polish Foundation for Science (2010-2011).
Bartosz Kowalski works at the Department of East Asian Studies of the University of Lodz, where he teaches modern history and politics of China. His main research activities include China’s state-building policies in the north-western borderlands with his current project focusing on the transfer of Soviet ethnic policies to China’s North-West in the mid-1930s.