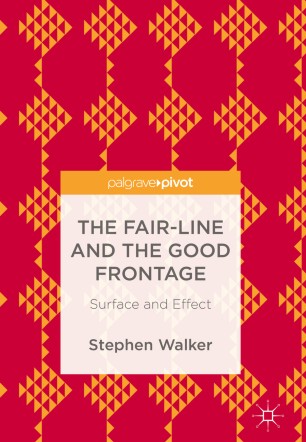 The Fair-Line and the Good Frontage

This book offers an extended consideration of the fairground showfront. It combines archival material, contemporary examples of fairs, and a sustained theoretical engagement with influential philosophies of surface, including recent work by Avrum Stroll and Andrew Benjamin, as well as the nineteenth century author Gottfried Semper. Semper’s work on the origin of architectural enclosure —formed from woven mats and carpets— anticipates the surface and material history of the showfront. Initial chapters introduce these philosophies, the evolution of showfronts, and the ways in which individual fairground rides and attractions are arranged to form an enclosing boundary for the whole fair. Later chapters focus on issues of spectacle and illusion, vast ‘interior’ spaces, atmosphere, crowds and surface effects. Informed by a wide range of work from other design and cultural studies, the book will be of interest to readers in these areas, as well as architecture and those curious about the fairground.

Stephen Walker is the Head of Architecture at the University of Manchester, UK. He has published widely on theories and histories at the periphery of architecture, art practice, temporary and informal architectural activities and other forms of cultural production. He is currently preparing a longer study of the architectures, cultures and identities of the travelling street fair.