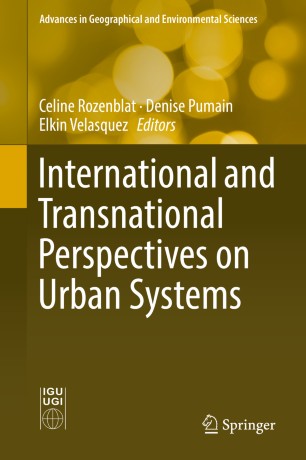 This book reviews the recent evolutions of cities in the world according to entirely revised theoretical fundamentals of urban systems. It relies on a vision of cities sharing common dynamic features as co-evolving entities in complex systems. Systems of cities that are interdependent in their evolutions are characterized in the context of that dynamics. They are identified on various geographical scales—worldwide, regional, or national. Each system exhibits peculiarities that are related to its demographic, economic, and geopolitical history, and that are underlined by the systematic comparison of continental and regional urban systems, following a common template throughout the book. Multi-scale urban processes, whether local (one city), or within national systems (systems of cities), or linked to the expansion of transnational networks (towards global urban systems) throughout the world over the period 1950–2010 are deeply analyzed in 16 chapters. This global overview challenges urban governance for designing policies facing globalization and the subsequent ecological transition. The answers, which emerge from the diversity of situations in the world, add some reflections on and recommendations to the “urban system framework” proposed in the Habitat III agenda.