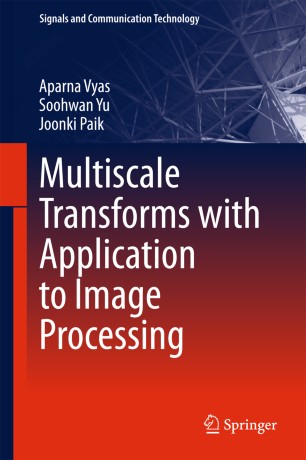 The book is divided into three parts, with the first part offering the reader a basic introduction to image processing. The second part of the book starts with a chapter on Fourier analysis and Fourier transforms, wavelet analysis, and ends with a chapter on new multiscale transforms. The final part of the book deals with all of the most important applications of multiscale transforms in image processing.

The chapters consist of both tutorial and highly advanced material, and as such the book is intended to be a reference text for graduate students and researchers to obtain state-of-the-art knowledge on specific applications. The technique of solving problems in the transform domain is common in applied mathematics and widely used in research and industry, but is a somewhat neglected subject within the undergraduate curriculum. It is hoped that faculty can use this book to create a course that can be offered early in the curriculum and fill this void. Also, the book is intended to be used as a reference manual for scientists who are engaged in image processing research, developers of image processing hardware and software systems, and practising engineers and scientists who use image processing as a tool in their applications.