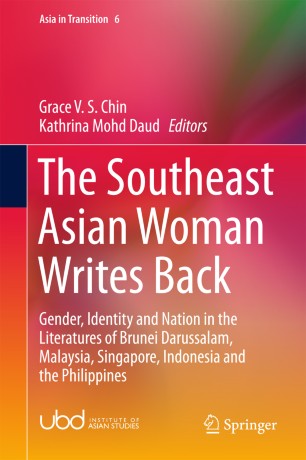 The Southeast Asian Woman Writes Back

Gender, Identity and Nation in the Literatures of Brunei Darussalam, Malaysia, Singapore, Indonesia and the Philippines

Part of the Asia in Transition book series (AT, volume 6)

This collection of essays examines how Southeast Asian women writers engage with the grand narratives of nationalism and the modern nation-state by exploring the representations of gender, identity and nation in the postcolonial literatures of Brunei Darussalam, Malaysia, Singapore, Indonesia, and the Philippines. Bringing to light the selected works of overlooked local women writers and providing new analyses of those produced by internationally-known women authors and artists, the essays situate regional literary developments within historicized geopolitical landscapes to offer incisive analyses and readings on how women and the feminine are imagined, represented, and positioned in relation to the Southeast Asian nation.The book, which features both cross-country comparative analyses and country-specific investigations, also considers the ideas of the nation and the state by investigating related ideologies, rhetoric, apparatuses, and discourses, and the ways in which they affect women’s bodies, subjectivities, and lived realities in both historical and contemporary Southeast Asian contexts. By considering how these literary expressions critique, contest, or are complicit in nationalist projects and state-mandated agendas, the collection contributes to the overall regional and comparative discourses on gender, identity and nation in Southeast Asian studies.