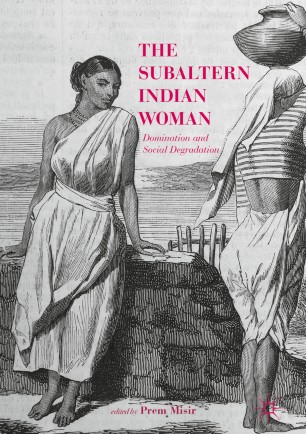 This book focuses on subjugated indentured Indian women, who are constantly faced with race, gender, caste, and class oppression and inequality on overseas European-owned plantations, but who are also armed with latent links to the women’s abolition movements in the homeland. Also examining their post-indenture life, it employs a paradigm of male-dominated Indian women in India at the margins of an enduringly patriarchal society, a persisting backdrop to the huge 19th century post-slavery movement of the agricultural indentured workforce drawn largely from India.

This book depicts the antithetical and contradictory explanations for the indentured Indian women’s cries, degradation and dehumanization and how the politics of change and control impacted their social organization and its legacy.

Misir’s Indian Indentured Woman: Domination and Social Degradation is one of the few books that discusses girmit women’s degrading treatment, meagre wages, exploitation and a quest for survival. Misir’s book is a timely addition to the ‘girmit literature’ as we celebrate the 100 years of the end of the Indenture system. – Dr. Rajni Kaushal Chand, Senior Lecturer, School of Language, Arts and Media, The University of the South Pacific, Fiji Islands

[This book] is a welcome addition to the literature on indentured Indian women, and their social being in Girmit nations from 1834 to 1917 … This is a must read for anyone interested in indenture, social and political transformation, colonial studies, and gender studies. – Dr. Pramila Devi, Director, Lautoka Campus, The University of the South Pacific