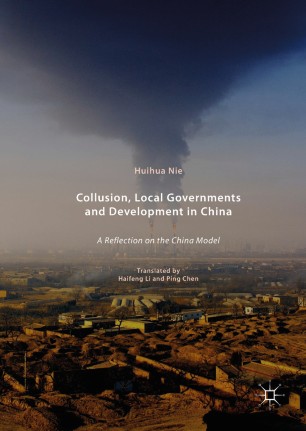 A Reflection on the China Model

By analyzing the interactions between China’s central government and its local governments and enterprises, this book constructs an analytical framework of government-enterprise collusion, analyzing the impact of collusion within the China model on Chinese society. Against the background of decentralization and under information asymmetry, this text argues that Chinese local governments connive at enterprises’ adoption of a low-cost ‘bad’ mode of production — a ‘stimulus’ for quick growth at the cost of safer working conditions — so as to obtain fiscal or political capital for further promotion. Through an examination of coalmine mortality rate, environmental pollution, food safety and house pricing, the book argues that collusion is the intrinsic drive of the China model. It consider how against a backdrop of political centralization and economic decentralization, collusion exacerbates corruption and impacts both on the country’s social development and on its foreign direct investment. Offering an analysis of future prospects for the China model, it puts forward key policy proposals to improve domestic institutional construction through reform.