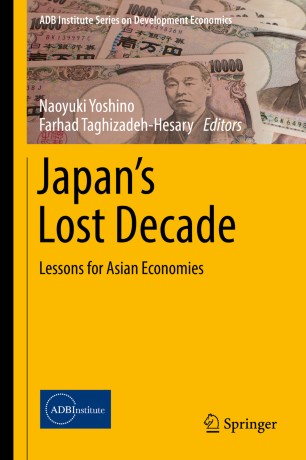 This book discusses Japan’s long-term economic recession and provides remedies for that recession that are useful for other Asian economies. The book addresses why Japan’s economy has stagnated since the bursting of its economic bubble in the 1990s. Its empirical analysis challenges the beliefs of some economists, such as Paul Krugman, that the Japanese economy is caught in a liquidity trap. This book argues that Japan’s economic stagnation stems from a vertical “investment–saving” (IS) curve rather than a liquidity trap. The impact of fiscal policy has declined drastically, and the Japanese economy faces structural problems rather than a temporary downturn. These structural problems have many causes: an aging demographic (a problem that is frequently overlooked), an over-reliance by local governments on transfers from the central government, and Basel capital requirements that have made Japanese banks reluctant to lend money to start-up businesses and small and medium-sized enterprises. This latter issue has discouraged Japanese innovation and technological progress. All these issues are addressed empirically and theoretically, and several remedies for Japan’s long-lasting recession are provided. This volume will be of interest to researchers and policy makers not only in Japan but also the People’s Republic of China, many countries in the eurozone, and the United States, which may face similar challenges in the future.