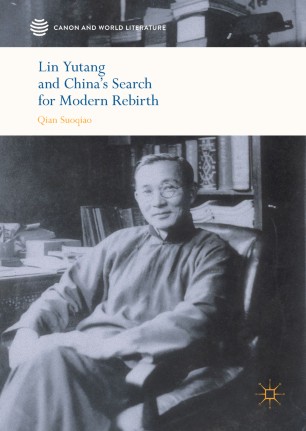 Part of the Canon and World Literature book series (CAWOLI)

This book provides a comprehensive examination of the socio-cultural and political context of modern China in terms of its interaction with America and the West, focusing on the influence of the well-known Chinese writer and intellectual Lin Yutang (1895-1976). Offering a unique study of the life and works of Lin Yutang, it highlights his intellectual legacy in modern China and considers how his cross-cultural life and ideas embodied the modern Chinese cultural experience. It notably focuses on Lin’s reputation as an outspoken critic of the infringement of human rights during the rise of the Communist regime in China, but also on his rediscovery of Chinese cultural resources. At a time when China’s cultural c

ontributions are increasingly relevant worldwide, this book contributes to ongoing critical reflections of Chinese modernity, particularly in terms of its intellectual legacies, but also to a renewed understanding of the cross-cultural interactions between China and America and a re-opening the dialogue and search for a new cultural understanding.