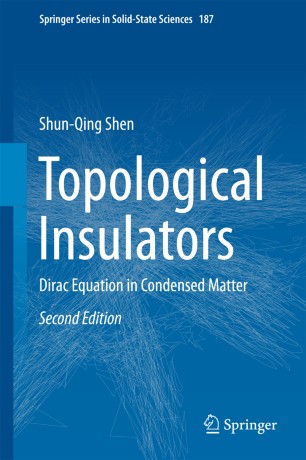 This new edition presents a unified description of these insulators from one to three dimensions based on the modified Dirac equation. It derives a series of solutions of the bound states near the boundary, and describes the current status of these solutions. Readers are introduced to topological invariants and their applications to a variety of systems from one-dimensional polyacetylene, to two-dimensional quantum spin Hall effect and p-wave superconductors, three-dimensional topological insulators and superconductors or superfluids, and topological Weyl semimetals, helping them to better understand this fascinating field.

To reflect research advances in topological insulators, several parts of the book have been updated for the second edition, including: Spin-Triplet Superconductors, Superconductivity in Doped Topological Insulators, Detection of Majorana Fermions and so on. In particular, the book features a new chapter on Weyl semimetals, a topic that has attracted considerable attention and has already become a new hotpot of research in the community.